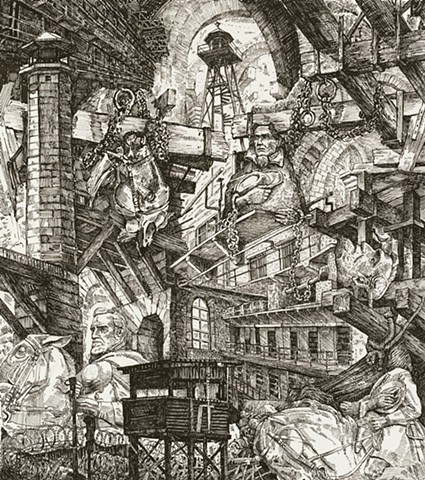 In the mid 18th century the artist Piranesi created a series of etchings depicting prisons built within the monumental ruins of vast architectural spaces. These images depict the way that the past is re-purposed and reformed to create a space for incarceration that is built within a state of ruin and decay. The vast spaces often include images of ancient statues and figures towering over the prisoners below that remain as monuments to past imagined glories. In my drawing, I have used the influence of Piranesi’s Carceri and added the symbolic decaying figures of from Stone Mountain, Georgia. I was attempting to depict the prison of imagined history and its state of monumental ruin, decay, and destruction